954shares
Hey guys! If you have been following me on Instagram, you know that I am knee deep in organizing projects around here.  As usual, I have started a few too many projects at one time.  What had started out as a “little organizing” project in Matthew’s room as part of my August Household Organization Diet, has turned into a much larger room redecorating project.  At the same time, we also decided to pull out all of the junk {and there is a TON of it!} from our basement storage room and try to sort through everything that has been sitting in there for years.  I would say that I am almost about half way done but quickly losing steam! 🙂Anyways, I do have a quick project to share with you today from Matthew’s room – this easy DIY Lego Minifigures Storage! 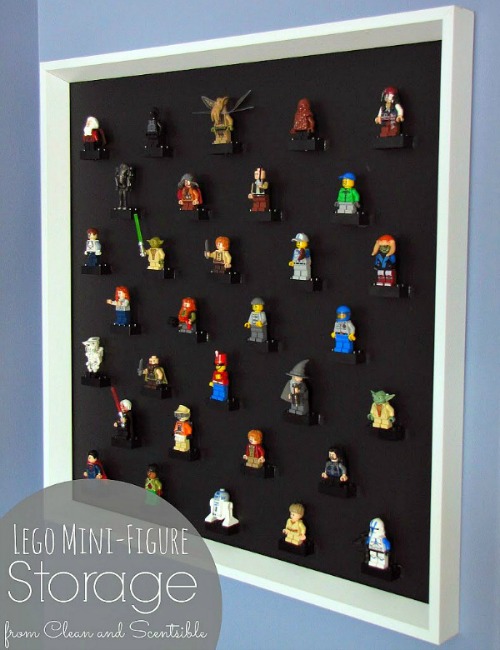 Lego is pretty much the center of the boys’ world right now.  They love collecting, they love building, and they love their minifigures!!  Both of the boys enjoy mixing up the mini-fig parts and coming up with their own “custom creations” and they always want to display them around their room.  Let’s just say that it is hard to tell where the mess ends and the creations begin…So… one of my biggest goals for organizing the boys’ rooms this month was to come up with more functional Lego storage that would still give them the freedom to create but also keep things relatively tidy.  It was actually Matthew’s idea to mount the mini-figures up on the wall although his idea involved using putty to stick them directly to the wall.   That one wasn’t going to fly so we made a little compromise with this idea! 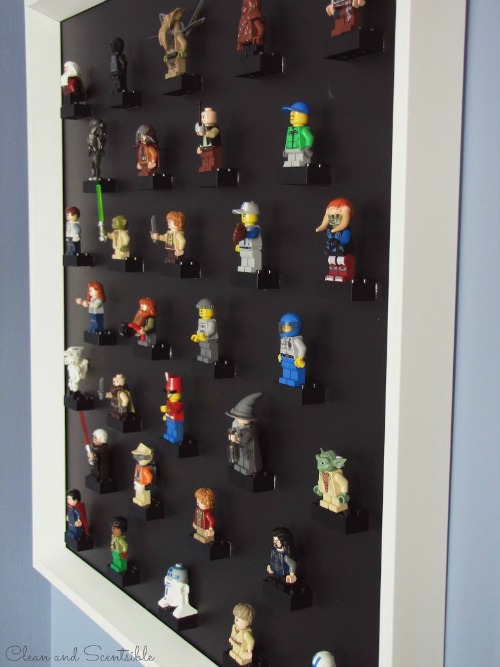 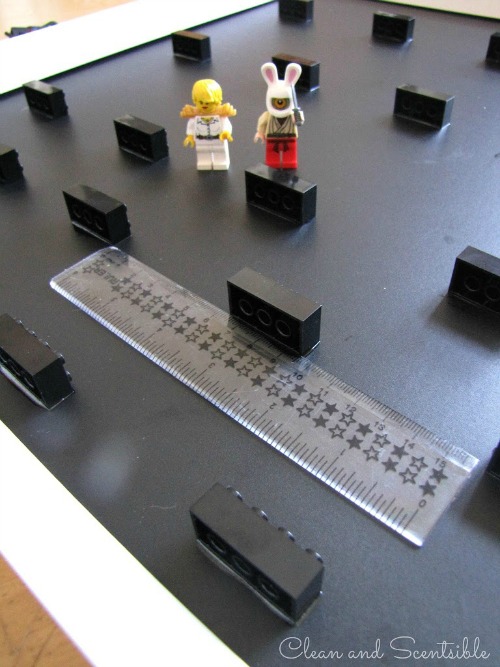 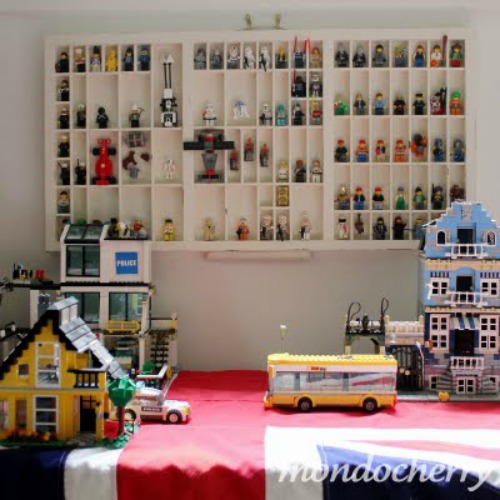 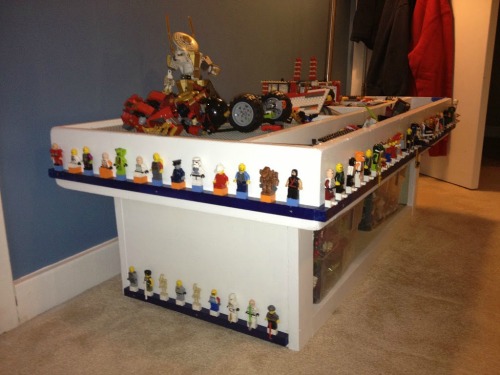 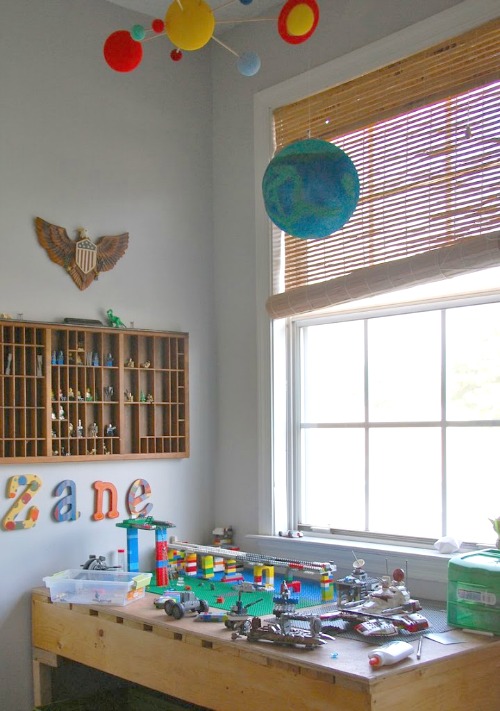 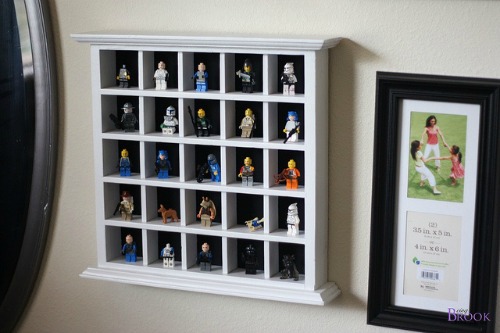 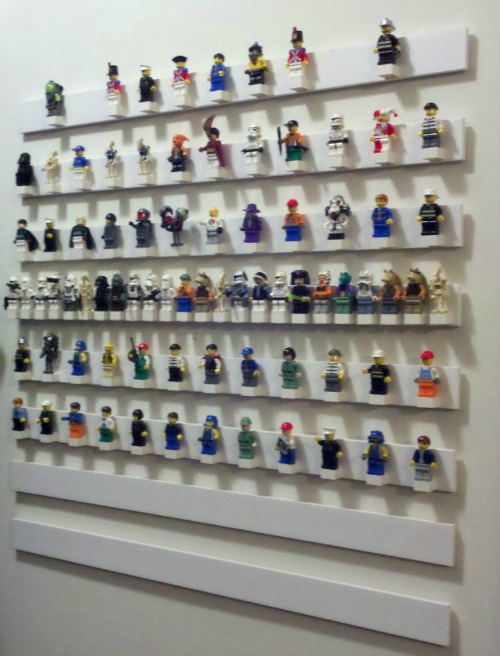 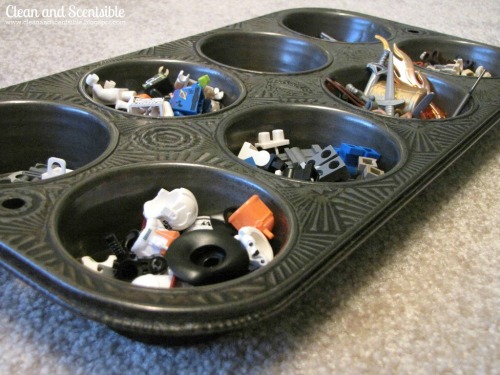