18 shares
Happy Monday!!  I hope you had a great weekend! We had some friends over for a BBQ on Saturday night and I wanted to make a fun dessert for the kiddos.  We decided on these cute watermelon pudding pops… 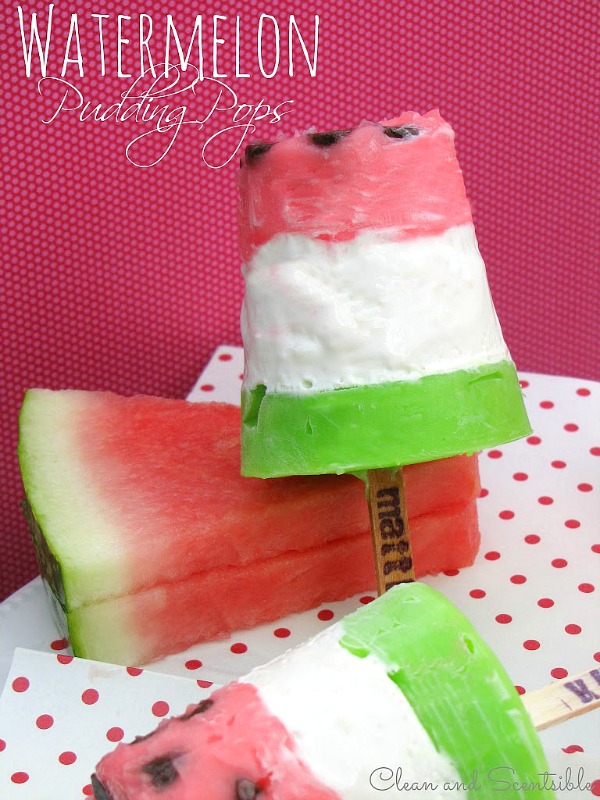 I had seen some of these in a magazine  that were made with Jello but the kids don’t like lime jello.  Just a quick switcheroo of the Jello for some instant pudding and we were all good to go. 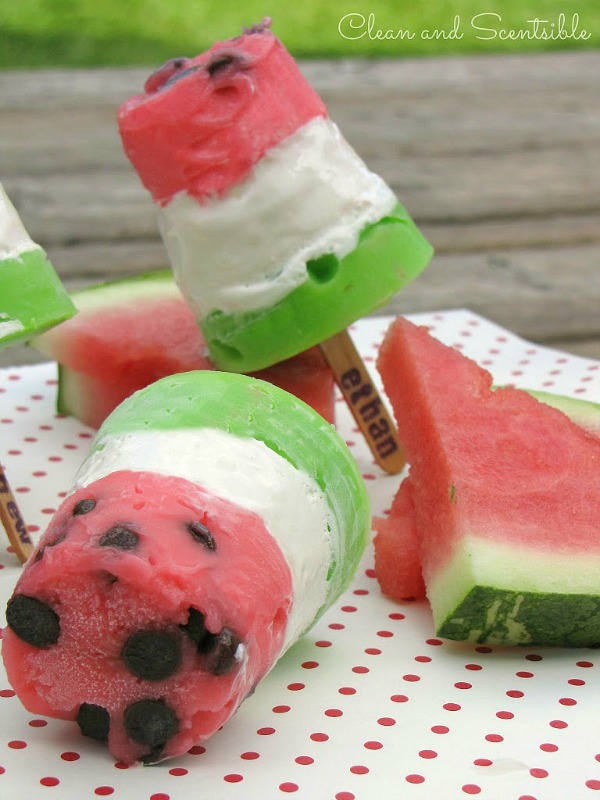 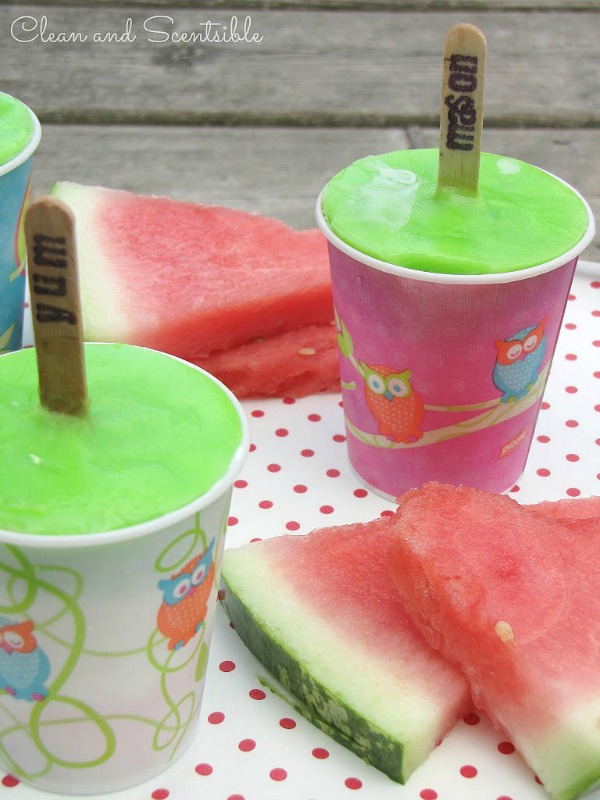 I pulled out my stamps and added the kids’ names to one side of the popsicle stick and “yum” to the other side. 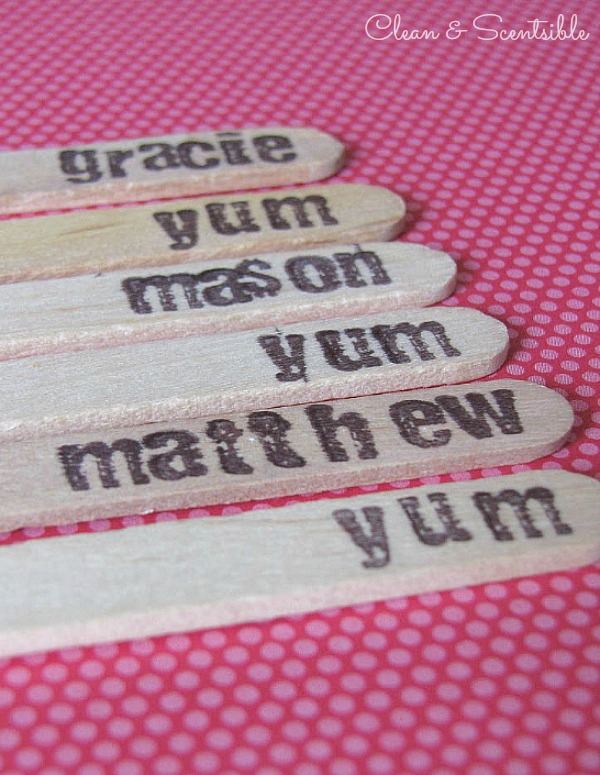 They were a fun little treat and the  kids loved them! 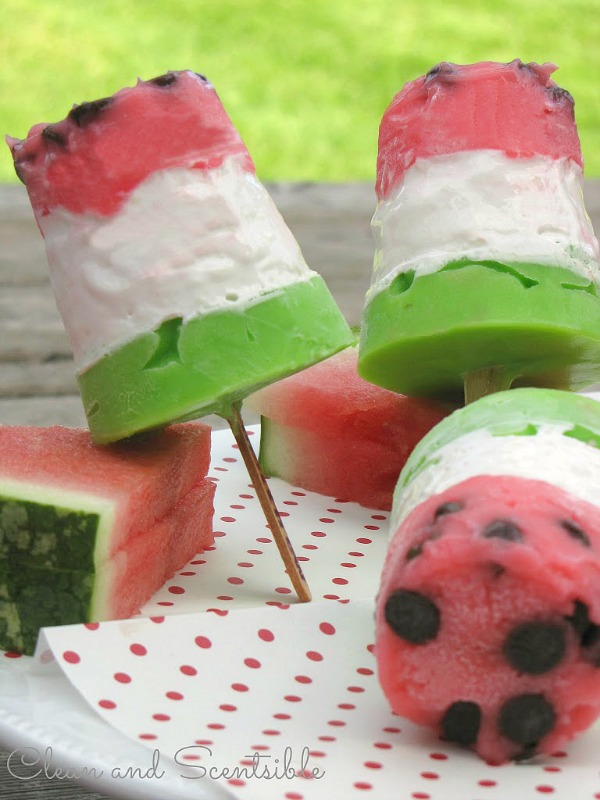 Hope you are having a wonderful summer!