Have some fun making your own DIY slurpees! The kids will love this cool and tasty treat and you can even throw a little science lessen in there! 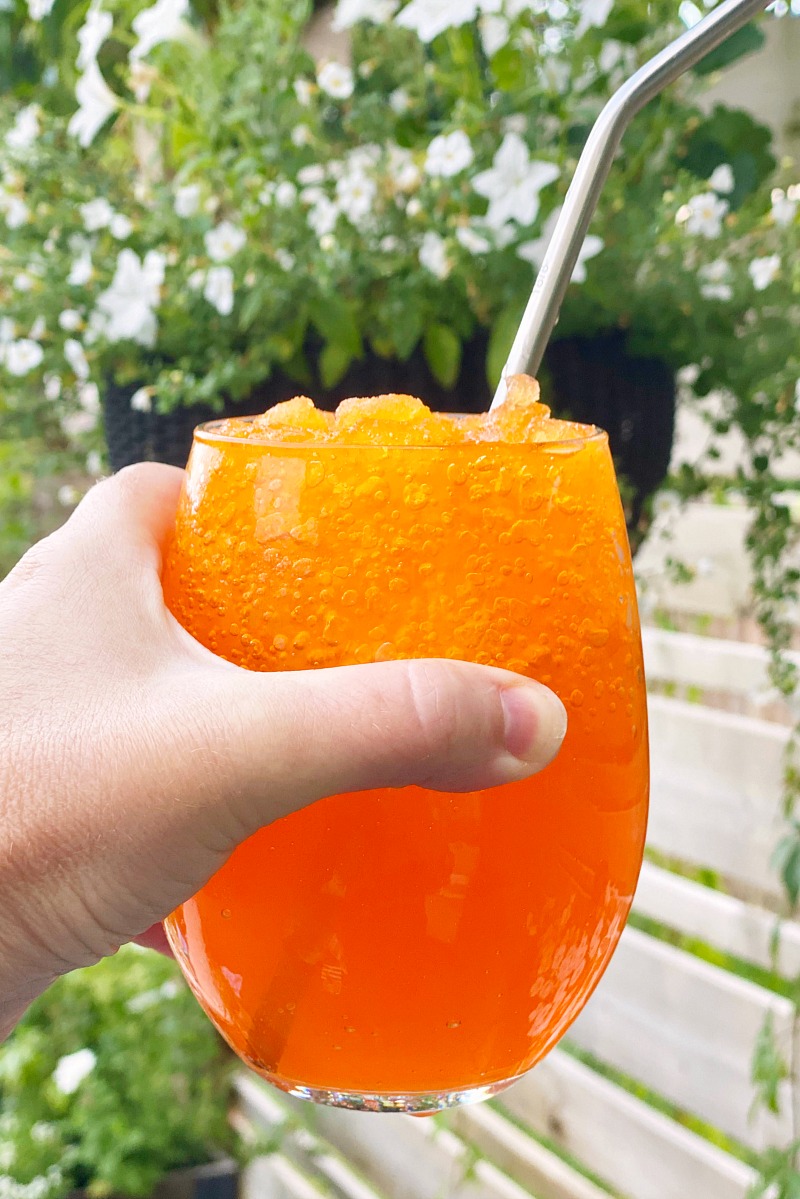 My kiddos {and hubby!} are absolutely obsessed with slushies, so I thought these DIY slurpees would be a fun treat. They work through the process of supercooling, so it can be a fun little experiment too!

Sine these drinks do maintain the carbonation of the soda, they don’t have the exact same flavoring as the slurpees that you would buy at the store. But, they have that same icy texture of a slurpee and are just as refreshing. Plus, the process of making them is pretty cool! 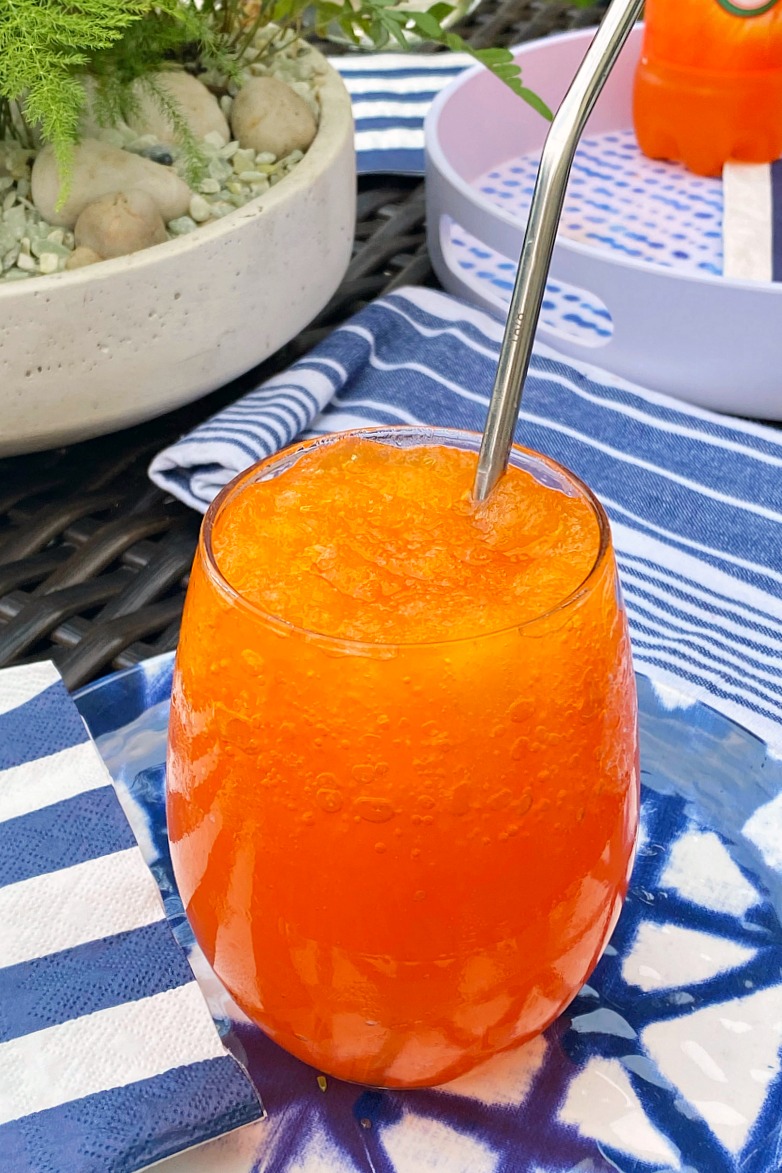 It can take a little bit of experimenting to get the best results, but that’s half the fun. Even if it “fails” you’re still left with a nice, cold soda to enjoy. If you prefer a thicker slushie, the second recipe at the bottom of the post, may be more to your liking. 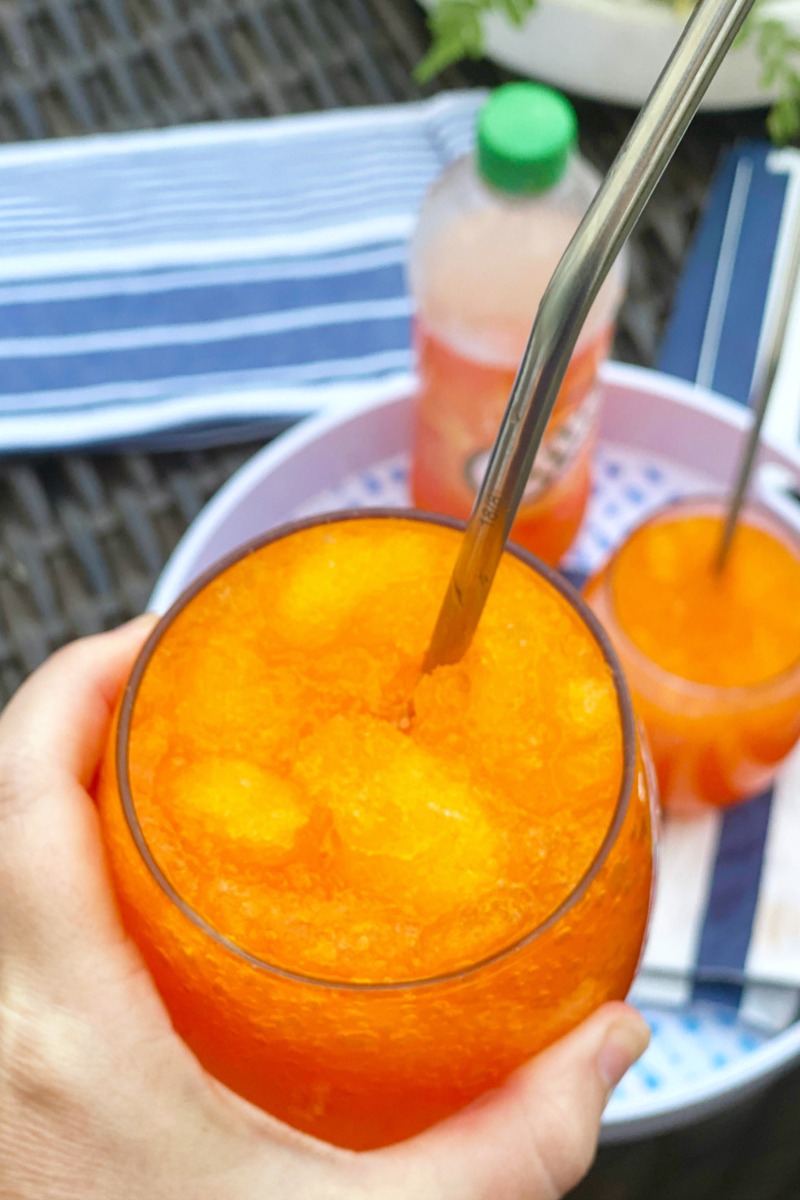 When you shake up the soda before putting it in the freezer, the pressure in the bottle is increased. This naturally lowers the freezing temperature and, more importantly, removes any large bubbles from the soda that could act as sites for the ice crystals to form. As your soda sits in the freezer, the temperature will eventually drop to that supercool state. When you then remove it from the freezer, release the increased pressure, and shake it around, the carbon dioxide bubbles are released again. The crystals can then start to form around these bubbles and create that slushie-like consistency.  Science can be pretty cool sometimes! 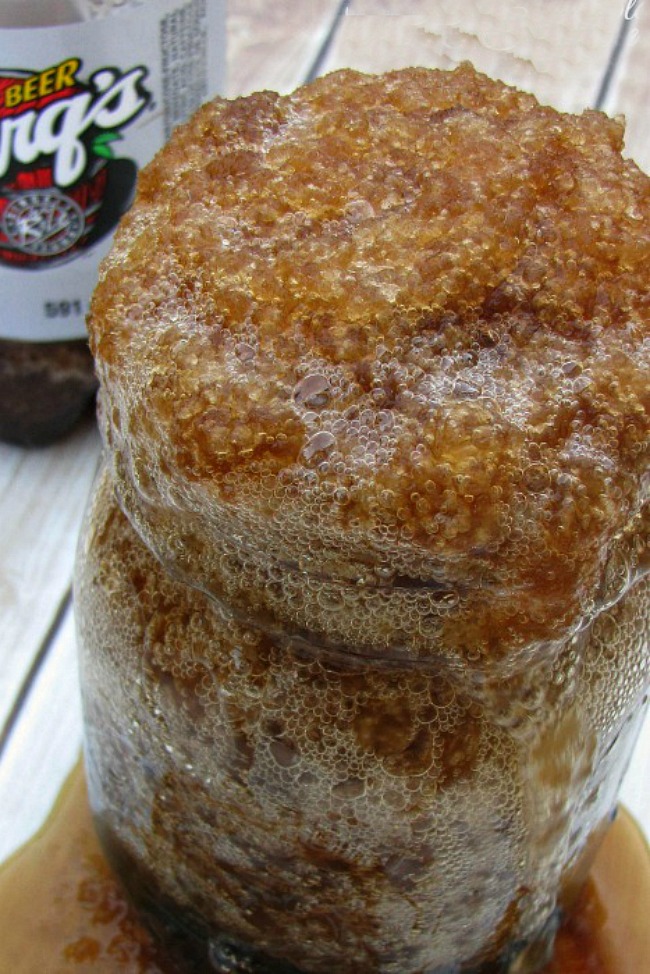 How to Make DIY Slurpees

Are you ready to make your own DIY slurpees? You can use any flavor of soda that you prefer, so pick your favorite! For some reason, we seemed to have better luck with the darker sodas such as root beer or coke, but this really shouldn’t have any effect.

Take a 500 mL {16 oz} plastic bottle of pop and shake vigorously for 5-10 seconds to increase the pressure in the bottle. This will help to lower the freezing point a little bit and also eliminates any large bubbles that could act as sites for ice formation.

Place the bottle in the freezer for approximately 2 1/2 – 3 1/2 hours. The goal is to get the soda as cold as possible without actually freezing it. The closer you can get to this “magic” point, the better your slushie will turn out. Try not to move the soda around during this process as it will make it more likely that it will just freeze.

We started checking on our pop bottles every 15 minutes after the 2 hour mark to try and find that perfect time.  It actually took a couple of failed attempts {when the pop actually froze} before we settled on about 2 hours 45 minutes. Just remember that this time will vary from freezer to freezer {and even with different locations within the same freezer} so be consistent with where you put the pop bottles. You might need to do a little bit of experimenting!

Remove the bottle from the freezer.  In one continuous movement, unscrew the bottle cap just enough to release some of the pressure, quickly tighten it back up. Turn the bottle upside down or shake it a little and you should see the ice crystals magically starting to form.  Pour into a frosted glass. 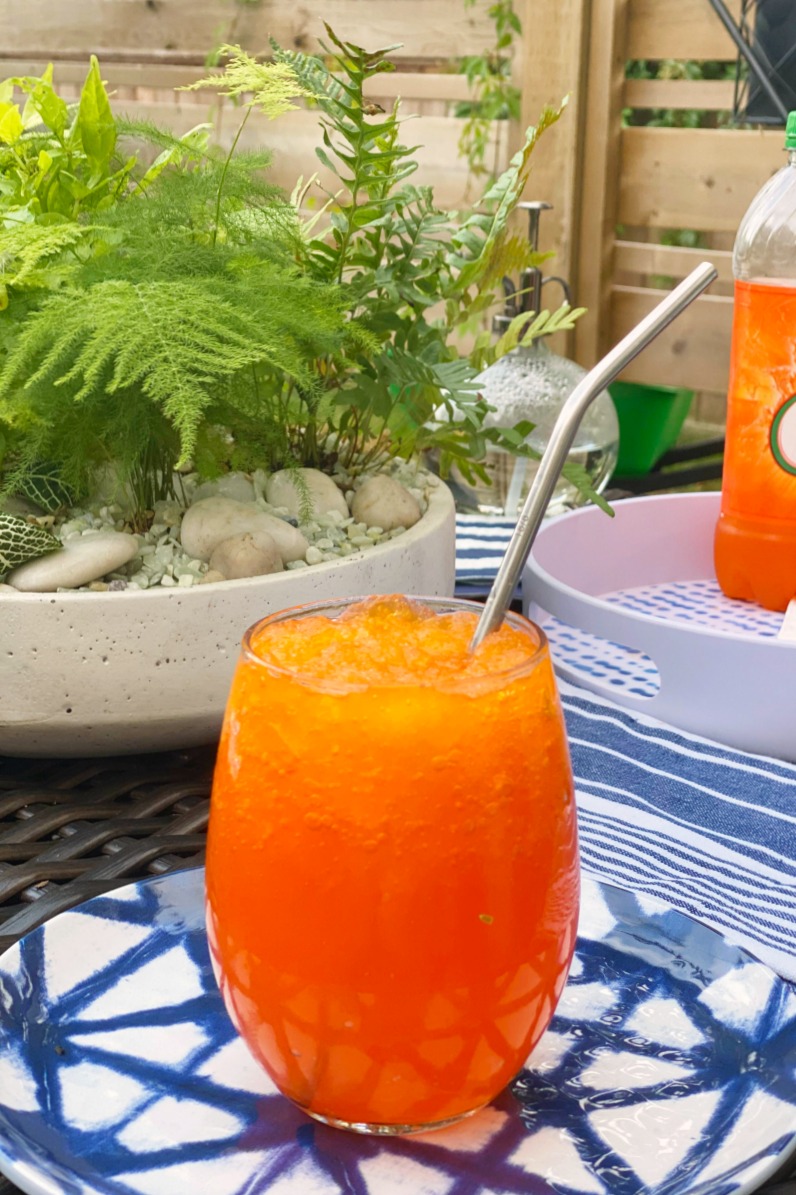 And this is what you get.  A nice, cool DIY Slurpee!

While I think the process of making the slurpees using the supercooling process is pretty cool, here’s another method that’s totally fool proof. Simply freeze half of the bottle of soda {approximately 1 1/4 cup} in ice cube trays and keep the rest of the soda in the fridge. Once the soda cubes are frozen, blend the soda cubes with the remaining soda in a blender plus 4-6 additional ice cubes. You’ll get a delicious slushie every time. Easy peasy! 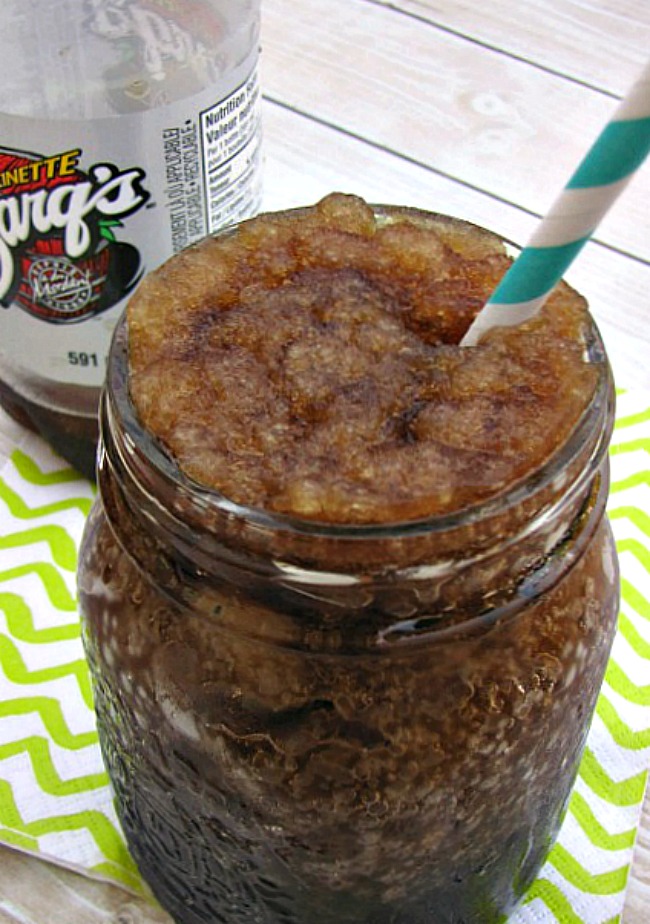 I hope you have as much fun with this as we did. The whole science behind it would be a fun idea for older kids to research and might be a cool idea for a science fair project! This also works with Gatorade and other sports drinks, And if you want an adult version, it will work some alcoholic drinks too {those with lower alcohol content}.

For more delicious summer drink recipes, check out these posts… 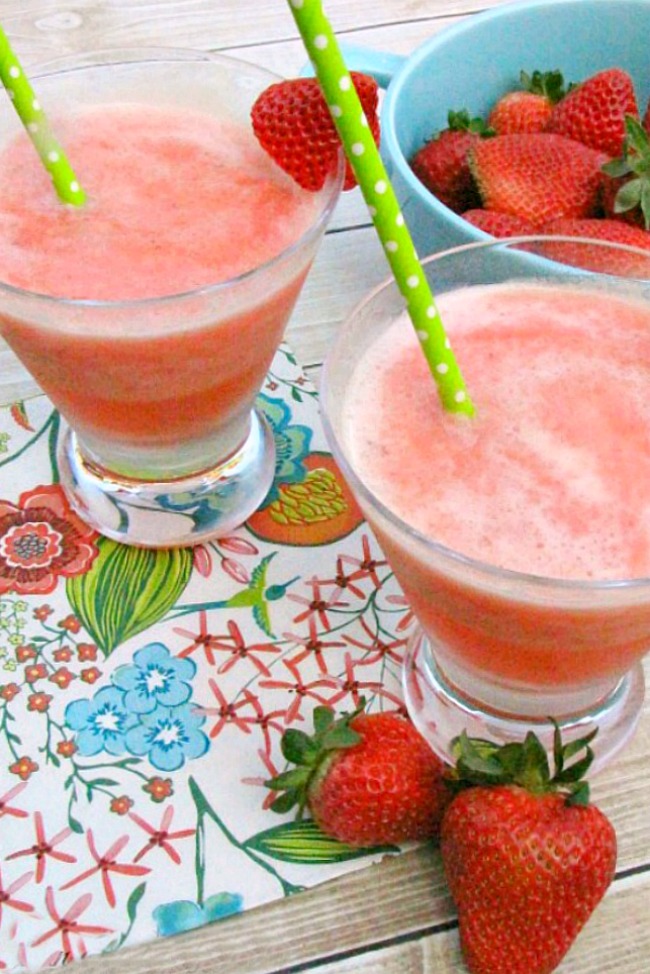 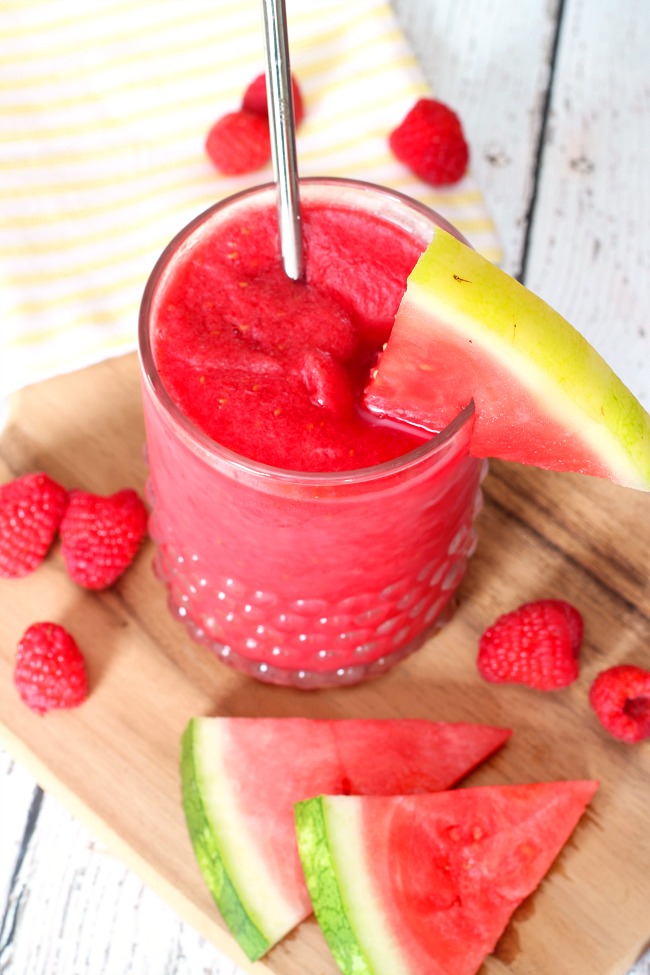 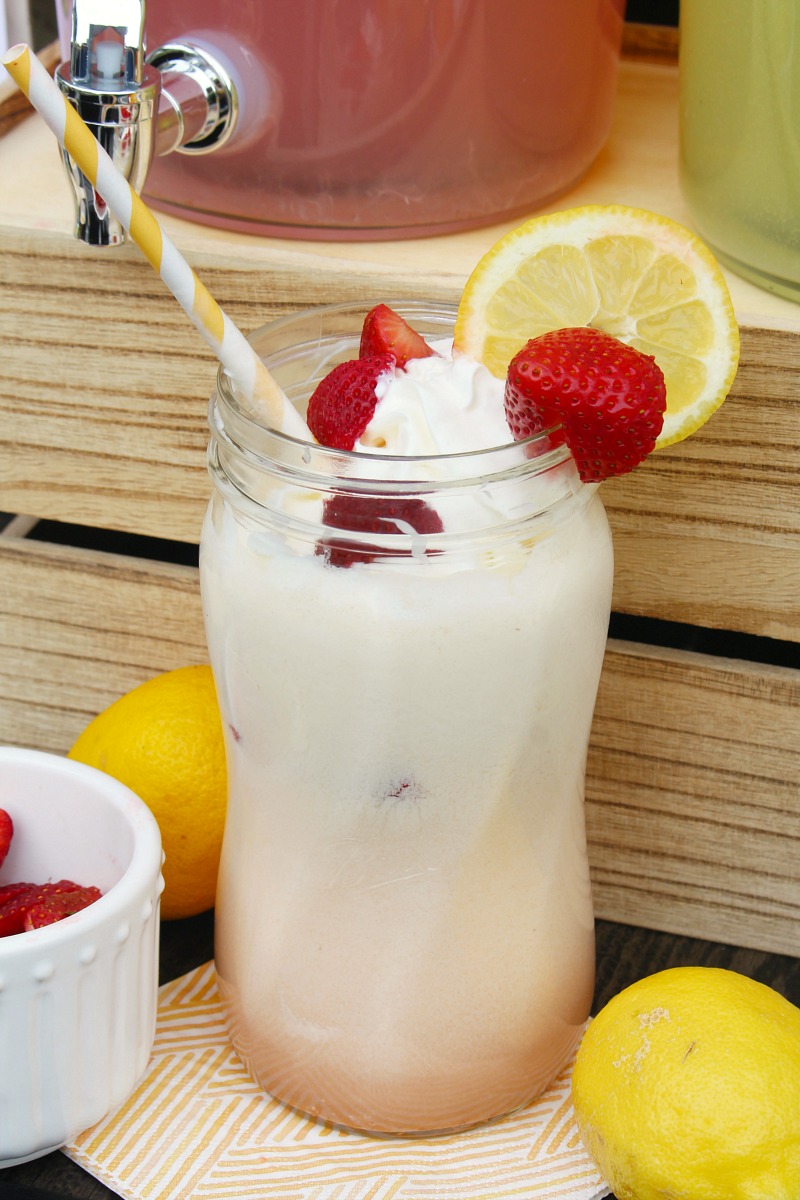 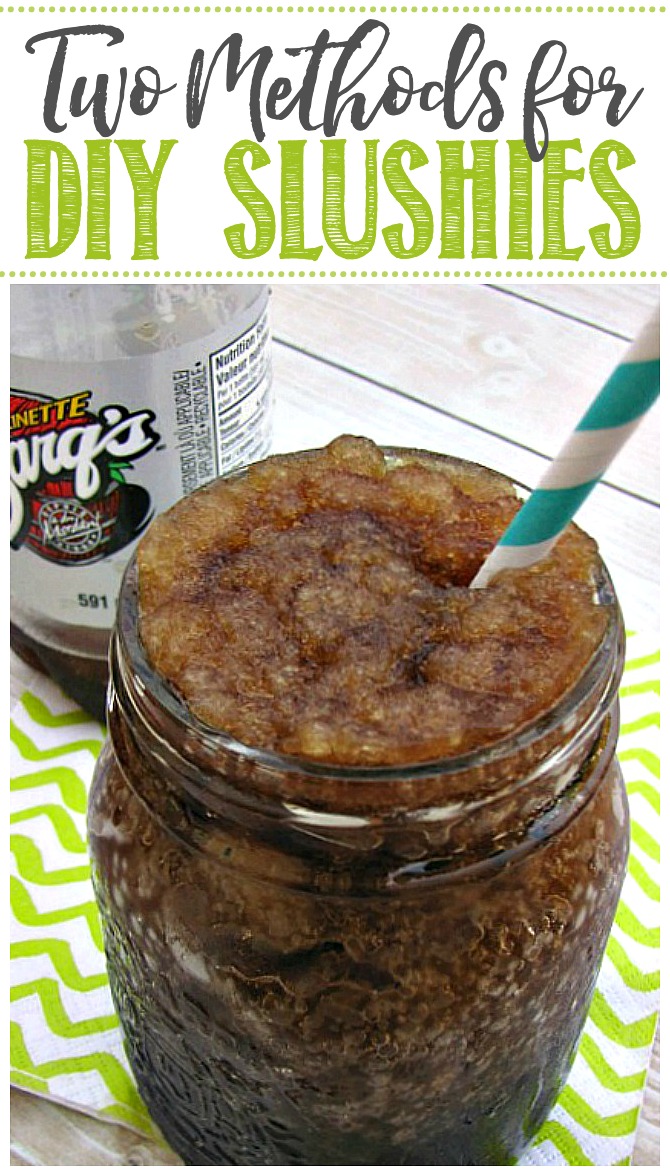